Posted by Coast SeismicSafe on October 17, 2014

A small earthquake has been confirmed near the mountain town of Banff in western Alberta. 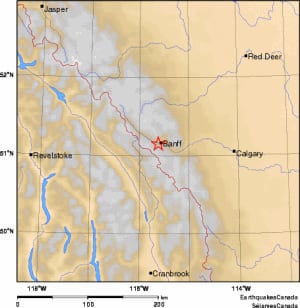 There was a small earthquake Thursday evening in Banff, which is located west of Calgary. (earthquakescanada.nrcan.gc.ca)

“It was an interesting sensation,” she said. “I think most of the community, myself included, we were all just sitting down to dinner, or getting home from work, and there was definitely a rumble. I would say two to three seconds at most.”

She said many describe it as a “very large truck driving by your home.”

Sorensen said the fire department and town manager looked into the situation immediately, but no damage or injuries have been reported.

She said some people living in nearby Harvie Heights also felt the quake, but Sorensen said Canmore’s mayor did not feel the rumble.

Although earthquakes are rare in Alberta, they do occur.

The Banff area has seen earthquakes in the past, although Sorensen said she has never felt one during the past 30 years living there.

The largest earthquake measured in the area had a magnitude of 6.0 back in 1918. 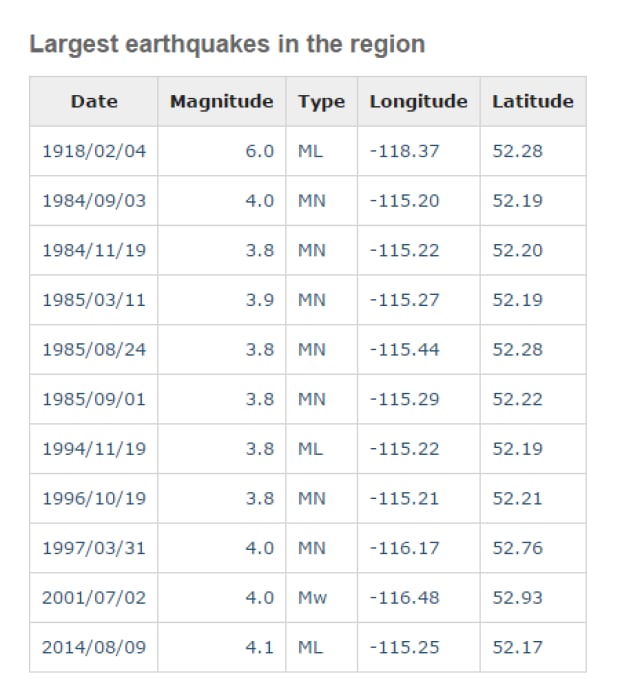 The largest earthquake measured in the Banff area was recorded in 1918. (earthquakescanada.nrcan.gc.ca)

Posted in: In The News